We use cookies on our website. They help us get to know you a little and how you use our website. This helps us provide a more valuable and tailored experience for you and others.

You can revoke cookies at anytime at the bottom of the page.

Nagy previously served as Chief Media and Strategy officer at The Barbarian Group New York. In this role, he led the strategy, media and distribution, and analytics teams.

Nagy is known for applying a journalistic and earned media-first approach to strategy, content and distribution for clients such as Etihad Airways, IBM, General Electric, Pepsi, Samsung, KIND snacks, Bloomberg, as well as the NYC Department of Transportation.

"I chose FRED & FARID because of the demonstrated creativity in multiple mediums, global view, and importantly, their independence”
says Nagy.

Hiring Nagy is an important step for the agency’s ongoing development in New York, and in line with a strategy to provide clients with impactful creative content, orchestrated with modern distribution thinking.

“In a context of growing media complexity and fragmentation of audiences, relevance in the distribution of ideas is crucial. On top of being a distribution expert, Colin is one of the most inspiring, forward-thinking talents in the industry”
said Farid, Creative CEO & Co-founder of FRED & FARID.

"Brand content is much more effective when the distribution is baked into the idea from day one”,
said Francois Grouiller, Managing Director FRED & FARID New York.
“Colin's proven expertise will take our creativity to the next level, helping our clients find new intersections between content, context, conversation and commerce."

The New York office, quietly launched in November 2015, has already racked up 20 awards in Branded Content, Entertainment and PR at Cannes Lions, One Show, D&AD, CLIO and New York Festival. The work for Louis XIII cognac saw the agency partner with John Malkovich and Robert Rodriguez to shoot #NotComingSoon, a film that won’t be released in 100 years -- the time it takes for the cognac to be produced.

Since the launch of FRED & FARID New York in November 2015, the agency has won global accounts such as HP Inc. and Louis XIII de Rémy Martin cognac.

Colin Nagy is Head of Communications Strategy at Fred & Farid, a creative agency based in New York, Paris and Shanghai.

Previously, he served as Chief Media and Strategy officer at The Barbarian Group, a digital creative agency.

In this role, he led the strategy, media and distribution, and analytics teams to provide client counsel at the intersection of creativity, public relations, social/paid media and emerging platforms.

During his time at the agency, Nagy played a key role in General Electric's emergence as an industry leader in content marketing, beginning with the award winning "GE Show," a multimedia storytelling platform that brought various business units to life through games, film, and visualizations. The work continued with "GE Works," which publishes new content -- from beautiful photos to high concept video -- to explain complicated technologies in new and often beautiful ways.

Recently, he led the new business win for Etihad, and his team was responsible for overseeing digital and social media strategy for the Abu Dhabi-based airline, also producing a Virtual Reality product experience starring Nicole Kidman.

In addition, he advised retained Barbarian clients including Samsung, IBM, Pepsi, and Bloomberg as well as assorted project-based work for CNN, Virgin, and the NYC Department of Transportation, among others.

Before becoming a Barbarian, Nagy was a partner at New York-based consultancy, Attention, where he oversaw the media, entertainment and travel practices. His earlier career experience includes strategic communications and crisis communications roles for organizations including Golin/Harris and The Brunswick Group.

Nagy holds deep media expertise stemming from his work with The Guardian, Newsweek, The Daily Beast, and CNN. He is also active in the New York startup scene, serving as an advisor to companies including Percolate, OLO, and SpokenLayer.

A regular columnist for Skift, The Guardian, and Quartz, he has also contributed opinion pieces relating to marketing, technology and culture for publications including AdAge, AdWeek, PSFK and Forbes, and has been quoted in outlets including The New York Times, The Financial Times, and Monocle. An accomplished speaker and moderator, Nagy has spoken in the US, Asia, and Europe about a broad range of topics including startups, media, politics, technology and culture.

Nagy holds a BA in Politics and European studies from New York University. 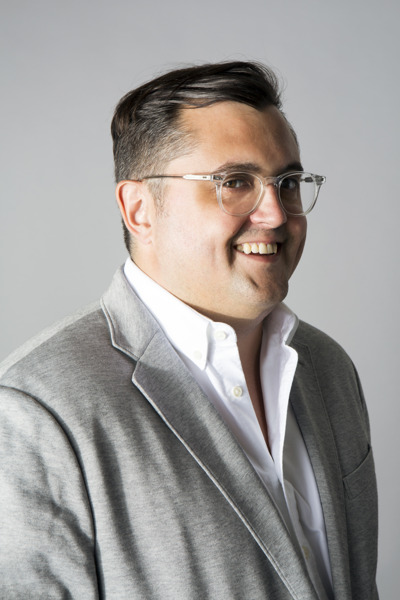